In Just Because You’re Mine a daddy squirrel and his baby squirrel are playing together just before bed. As the sun sets on the day, Little Red Squirrel and his daddy are taking a walk in the cool woods. As they play together, his daddy asks his baby, “Have I told you today that I love you?”

Next he climbs as high as he can. Does his daddy love him because he is so good at climbing? No that’s not why either. He swings between branches. Is it because he’s so brave? He is brave. But no. That’s not why. Next Little Red Squirrel shows his Dad his Top Secret Stash of Berries. Is it because he is so good at finding Top Secret Berries that his daddy loves him? No.

But none of those reasons are why the daddy loves his Little Red Squirrel. So why does his daddy love him?

The answer is a heart-warming testament to a parent’s love for a child.

Just Because You’re Mine is a classic story about the nature of unconditional love.

“Just Because You’re Mine: Why does a daddy love his little squirrel? It isn’t because the little guy can spin in circles or because he’s good at finding berries or even because his fluffy tail makes him “so COMPLETELY handsome!” As all mommies and daddies know, the answer is simple, as the daddy tells his baby: “just because you’re mine.” With a gentle, reassuring text and soft, muted watercolors, this loving picture book follows a father squirrel and his Little Red Squirrel as they go about their day. There are sunrises to behold, trees to climb, and races to run. As day turns into night, sleepy Little Red Squirrel is carried home and tucked into a cozy bed of leaves. Partner this with Lloyd-Jones’Time to Say Goodnight(2006) for an additional gentle bedtime read, and with Emma Dodd’s No Matter What (2008) and Kat Yeh’s You’re Lovable to Me (2009) for more books highlighting the unconditional bond between parent and child.” Booklist

“Just Because You’re Mine: When Little Red Squirrel’s father shouts, “Did I tell you today that I love you?” his son answers, “Because why?” As father and child spend the day playing, Little Red Squirrel tries out various answers to the question. “Do you love me because I’m fast?” he asks after showing off his “Super Fast Running.” Of course, that’s not the reason why, nor are the others the small squirrel suggests—his father confirms that he’s good at finding berries, brave, daring, and handsome, but it’s not until bedtime that Daddy whispers the real reason he loves his child, an answer that the book’s title makes clear. Reminiscent of Guess How Much I Love You, it’s a conventional and reassuring reminder of a parent’s love for a child. While the language may occasionally be too sweet for some tastes, Lloyd-Jones How to Get a Job: by Me, the Boss interjects bits of light humor throughout (mostly in the form of Little Red Squirrel’s boisterous confidence and limitless energy), and the warmth and affection depicted in Endersby’s illustrations should appeal to those looking for models of fathers lovingly tending to children.” Publishers Weekly Other Books You Will Love 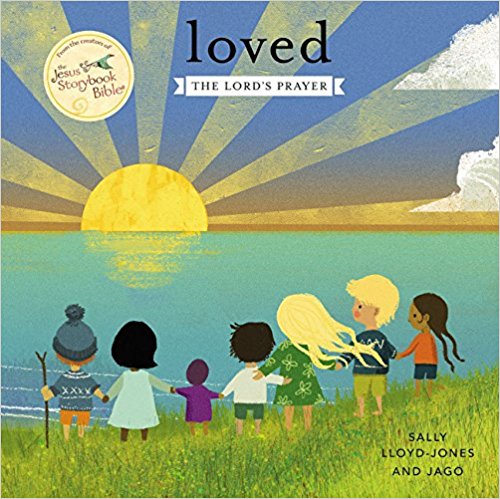 Little ones (and grown ups too) will fall in love with this padded board book that shows even the youngest readers how to talk to God. Sally’s paraphrase of Psalm 23 from the JSB, now in a new format for tiniest hands. 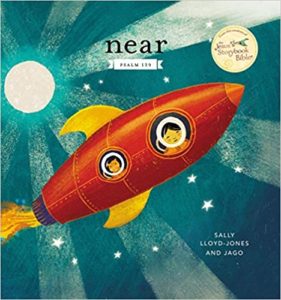 A padded board book inspired by Psalm 139 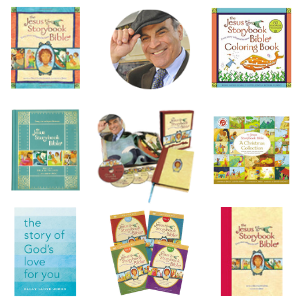 Get your monthly dose of inspiration and interestingness from SLJ—plus access to exclusive offers and freebies.